Joel Llopiz, Woods Hole Oceanographic Institution. Joel is part of the zooplankton and CTD team. He would love to find some late-stage fish larvae unfortunate enough to have to fend for themselves under such conditions. But he’ll likely have to settle for looking for appendicularians—aka, to him at least, the cooler-than-copepods zooplankton. An avid cyclist, he might also set the well-known record for riding a carbon fiber racing bike at the highest-ever latitude (though attached to a fluid trainer). 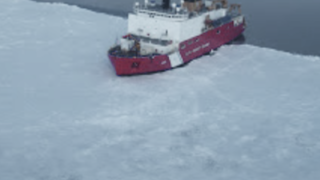