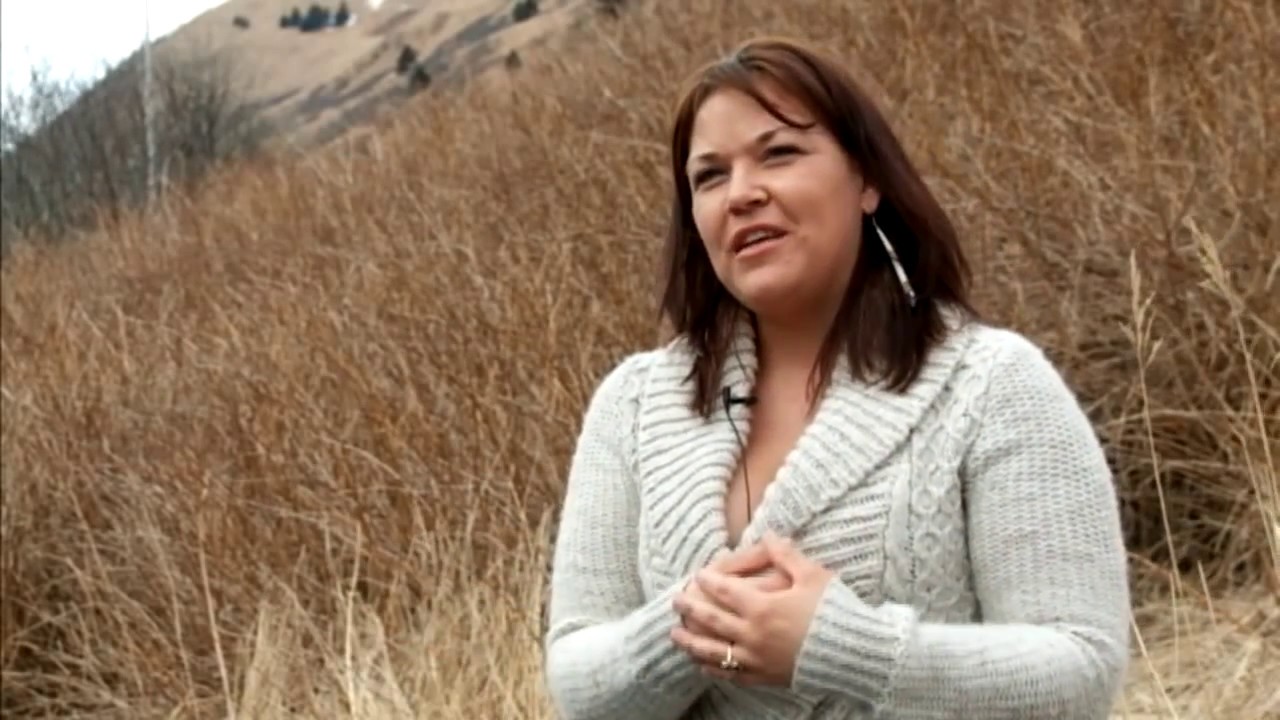 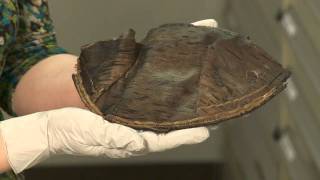 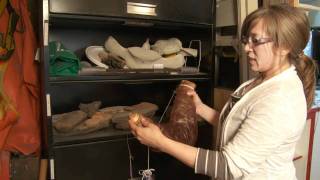 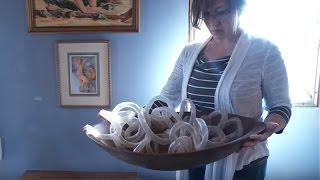 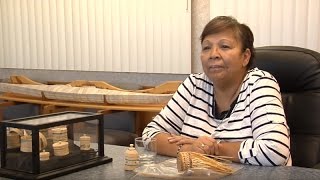 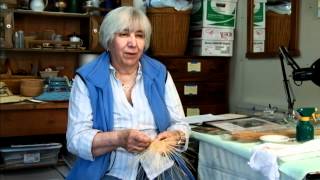 June has been interested in basket weaving for 40 years. Collecting beach grass (used for basket weaving) was one of her chores while growing up in Old Harbor, Alaska. She grew up watching her mother and father create things with their hands. They encouraged and inspired their daughter to “create beautiful things.” Basket weaving is just one part of June’s artistic repertoire. For example, a beaded headdress she made, which has since been acquired by the Alutiiq Museum, titled “Old Time Memories” holds meaningful memories for June. The headdress displays rye grass and a glass beaded octopus in honor of June’s brother. June remembers eating Octopus and other sea foods with her brother; each bead was a memory. Those memories are part of her cultural and environmental heritage: memories of the beautiful island with waves spraying salty-smelling water on rocks mixed with sandy carpets, memories of whispering alders and smoking salmon. June says, “I’ll never forget village noises: oil drums crunching on gravel as men and boys rolled them off skiffs, flapping clothes on lines strung from house to house, children laughing and playing, seagulls excited and singing songs of pleasure because mothers and their children were qasar-[ing] (eating raw) fish heads on the beach. All of these memories, including the snapping of grass for basket making, are worked into this headdress.” June’s work has been exhibited at the Alaska Native Heritage Center, the Smithsonian Institute (as a folk festival participant), the United Nations, N.Y., and in Milan, Italy. 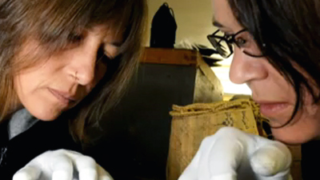