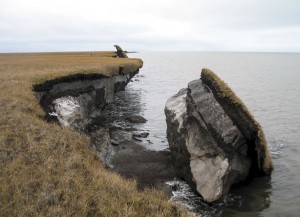 Laura Nielsen for Frontier Scientists – Jason Dobkowski stands on the shores of Wolverine Lake. His research site is located in the North Slope of Alaska, nestled near the remote foothills of the Brooks Range. “I’m here studying permafrost thaw slump which is depositing silt and material into the lake behind me. And that material, […] 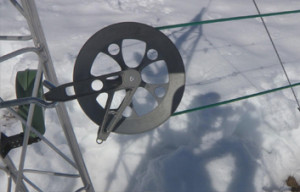 Liz O’Connell for Frontier Scientists – Multiple instruments, configured along a tram-like platform, sense the tundra below and gather detailed data while traveling along a 50 meter transect.  “We are gathering measurements that we don’t know exactly how they will be used,” said Steven Oberbauer, professor of biological sciences at Florida International University. The high […]

Four summers ago, Syndonia Bret-Harte stood outside at Toolik Lake, watching a wall of smoke creep toward the research station on Alaska’s North Slope. Soon after, smoke oozed over the cluster of buildings. “It was a dense, choking fog,” Bret-Harte said. The smoke looked, smelled and tasted like what Bret-Harte has experienced at her home […] 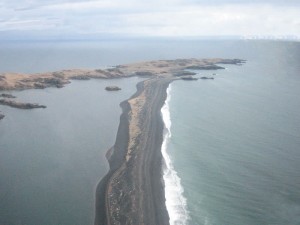 Our plan: a two-day video shoot to Cape Alitak on Kodiak Island in May 2010 to document the petroglyphs under study by the Alutiiq Museum and Archaeological Preserve. We had the best possible guides–the head researcher studying the rock art, anthropologist Sven Haakanson and his museum crew–to help us complete the scripted story we wanted […]