Karyn Rode, research wildlife biologist with the U.S. Geological Survey – Alaska Science Center, notes that polar bears have adapted to their sea ice environment and to eating fat-rich seals. She investigates the impact of what polar bears can find to eat; polar bear diet relates directly to their reproduction and survival.

“What are the implications of what they are getting to eat on their condition?” … “They need the sea ice to access the food.” ~ Karyn Rode

Todd Atwood, research biologist and project leader for the polar bear research program at the U.S. Geological Survey – Alaska Science Center, discusses the two subpopulations of polar bears in Alaska, both of which are known to be in decline. The subpopulations are responding differently to sea ice loss.

“The last 10-15 years we’ve seen sea ice retract further and further away each summer from the continental shelf. And what that is doing is rendering the shelf habitat functionally absent because there is no sea ice to hunt seals over.” ~ Todd Atwood 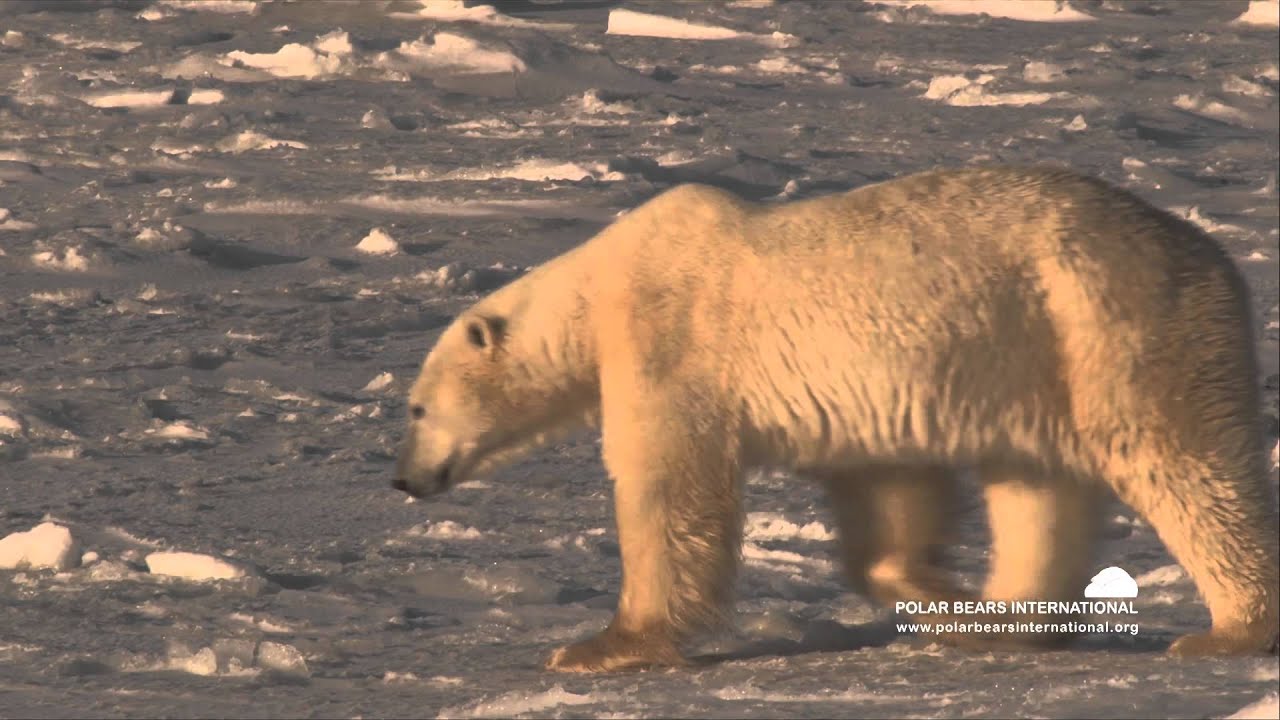 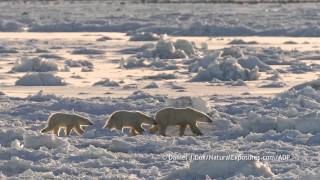 Polar Bears — Scientists investigate how sea ice habitat changes and hunting strategies impact polar bear reproduction, health and survival. Thanks to polar bear images contributed by Polar Bears International and by Daniel J. Cox of Natural Exposures. “Our mission is to conserve polar bears and the sea ice they depend on. We also work to... Read More >